The Voortrekker Monument is located just south of Pretoria in South Africa. This massive granite structure is prominently located on a hilltop, and was raised to commemorate the Voortrekkers who left the Cape Colony between 1835 and 1854. It was designed by the architect Gerard Moerdijk.

The idea to build a monument in honour of God was first discussed on 16 December 1888, when President Paul Kruger of the South African Republic attended the Day of the Covenant celebrations at Danskraal in Natal. However, the movement to actually build such a monument only started in 4 April 1931 when the Sentrale Volksmonumentekomitee (SVK) (Central People’s Monuments Committee) was formed to bring this idea to fruition.[2]: 13

Construction started on 13 July 1937 with a sod-turning ceremony performed by the chairman of the SVK, Advocate Ernest George Jansen, on what later became known as Monument Hill. On 16 December 1938 the cornerstone was laid[2]: 13  by three descendants of some of the Voortrekker leaders: Mrs. J.C. Muller (granddaughter of Andries Pretorius), Mrs. K.F. Ackerman (great-granddaughter of Hendrik Potgieter) and Mrs. J.C. Preller (great-granddaughter of Piet Retief).

The Monument was inaugurated on 16 December 1949 by the then-prime minister D. F. Malan.[citation needed] The total construction cost of the Monument was about £ 360,000, most of which was contributed by the South African government. 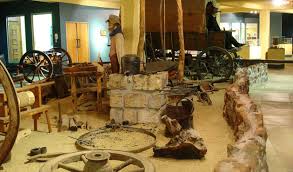 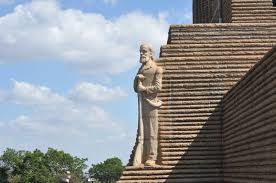 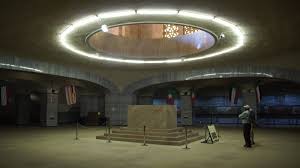 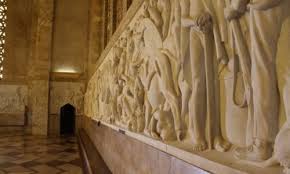 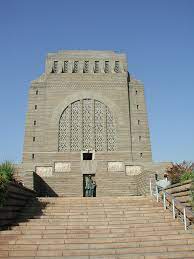 Your tour starts at your hotel and a 40 min drive from JHB to Pretoria. A walking tour through the Voortrekker Monument, where your guide will explain the various friezes and statues in the building.